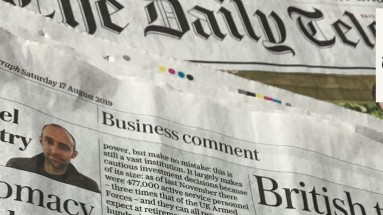 This piece was originally printed in the Daily Telegraph on 17 August 2019. Online version here.

British Steel workers who have been frantically watching their company barrel its way to liquidation have good reason to be relieved this weekend: the company set to take it over is as safe as houses.

That is because Ataer Holding’s parent company is a leviathan pension fund owned by Turkey’s armed forces.

Oyak — an abbreviation of the Turkish for “Military Mutualisation Corporation” — is a well-recognised brand that once appeared everywhere on the Turkish high street, from banks to supermarkets. 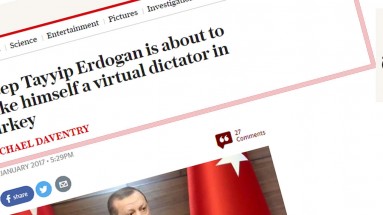 As you read this, a rapid and turbulent revolution is underway in Turkey. The country’s ruling Justice and Development (AK) Party is pushing proposals through parliament that would radically alter the system of government.

By abolishing Turkey’s long-established system of collective cabinet government, the AK Party says it will stabilise the country and streamline decision-making. But the proposed law will pool power in the hands of the president and dramatically reduce the top job’s accountability to parliament. In effect, it codifies a system of one-man rule for Recep Tayyip Erdoğan.